I am always thinking, writing, and speaking in Spanish. Please help me translate by providing input on how I might place accents, spell words, or conjugate verbs better. Thank you for your help! 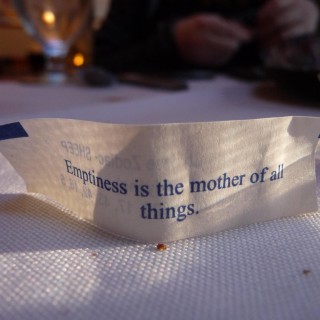 My name is Hilary Grubbs, and this summer I have been doing a lot of gardening. If you have a gardening inkling and would like to collaborate locally on an actual garden (Nashua, NH) or write a blog together, please let me know! I find life is exciting when you view it as infinite refactoring. That being said, I enjoy reading about existential crises and the creative ways people achieved goals through barriers, challenges, and obstacles.

Join the Iowa Quilt Museum for a series of fun programs on the Iowa Quiltscape, highlighting various aspects of quilting life in Iowa. Each Tuesday at twelve CST for the next few weeks, the museum is presenting some programs about current exhibits and others about quilters and quilting in the state. On Tuesday January 26, […]

Anticipation for 2020 (Looking Back)

It’s been almost 13 months since I’ve posted here! Between breast cancer treatment in 2019 and general world craziness in 2020, writing and posting slipped off my list of things to do. And while I’m not going to make any promises to either you or me, I’d like to come back and write here from […]

I’ve slowed the drawer review (here and here) while working on other things. But it’s a useful exercise for me, uncovering some works in progress I’d stalled on, at the least, or forgotten completely at the worst. One of the things I’d forgotten was a stack of 9-patch parts in red and light/neutral. They made […]

My last post, Getting It Out in the Open, surveyed six of nine plastic drawers in my studio. Over the past several months, the drawers have been victims of entropy. “Entropy” is a great word. Do you know what it means? It is a physics term, a noun. One of its more general meanings is […]

Getting It Out in the Open

I mentioned in a recent post that my studio is suffering from some disorganization. There are a lot of different ways to address the problem. The right solution will differ for each person, and the best right way is one that leads to maintenance, not just a one-time fix that quickly degrades. After all, if […]

Follow disfrutasonreir on WordPress.com
Back to top
Cristian Mihai

writes a short story every week

Some coffee, a keyboard and my soul! My first true friends!

Everything for a healthy life!